The violence that erupted in South Sudan mid-December 2013 has led to a humanitarian crisis involving a massive displacement of over 1.5 million people nationwide. The conflict, and associated displacement, has had a significant impact on food security and, consequentially, the prevalence of malnutrition. While famine was averted in South Sudan in 2014, the July 2014 Integrated Food Security Phase Classification (IPC) correctly projected that food security would deteriorate for displaced populations and host communities in 2015.

The SET team led by ACF but representing the Nutrition Cluster and Nutrition Information Working Group has a mandate to conduct emergency nutrition SMART surveys in the most vulnerable areas identified by the NIWG.  In the current project, three surveys are to be conducted by July 2016 and will likely take place in Unity State, security permitting.  There was a significant need to help provide assistance to the SET team with finalizing the data analysis, report writing etc. of the December 2015 Panyijar SMART survey, writing the survey protocol and planning the Leer County SMART survey, as well as to increase validation technical capacity within the NIWG pertaining to survey validation.  As a result, a request was made to the Tech-RRT Consortium for assistance.  On Jan 3rd, Scott Logue, Tech-RRT Nutrition Assessment Advisor (NAA) was deployed to Juba, South Sudan.

The violence that erupted in South Sudan mid-December 2013 has led to a humanitarian crisis involving a massive displacement of over 1.5 million people nationwide. The conflict, and associated displacement, has had a significant impact on food security and, consequentially, the prevalence of malnutrition. While famine was averted in South Sudan in 2014, the July 2014 Integrated Food Security Phase Classification (IPC) correctly projected that food security would deteriorate for displaced populations and host communities in 2015.

While famine was averted in South Sudan in 2014, the December, 2015 Integrated Food Security Phase Classification (IPC), forecast that for the period of January to March, 2016 Guit County will be under Emergency classification. Moreover, the same IPC projection states that 40.000 individual would be under Catastrophe classification in Unity state (Guit included) for March, 2016 (IPC, 2015).

The 2015 conflict in Unity state, and associated displacement, had also impacted Guit county, having a significant effect on food security and, consequentially, the prevalence of malnutrition.  At the moment, INGO’s do not have bases in Guit county, though an Inter-Sector Rapid Need Assessment/Response (IRNA/R) Mission was conducted from February 20th to 24th by UNICEF, World relief, Nonviolent Peace Force, Norwegian People Aid and Concern World Wide. During the response associated to the assessment, interventions in WASH, FSL and health were carried out.

However, no SMART survey had been conducted in all of Guit County (access permitting) since 2013.

Therefore, given the background situation which set Emergency IPC levels of GAM for Guit County for the period January to March, 2016, there was a need to provide the NIWG with an up to date estimate of under nutrition prevalence for programming purposes.

The current population of South Sudan stands at 11, 261, 51. More than 3.9 million South Sudanese have been forced to flee their homes, and 1.9 million internally displaced persons and over 2 million refugees have been hosted by the Central African Republic, the Democratic Republic of the Congo, Ethiopia, Kenya, the Sudan and Uganda.

Between 1990 and 2010, there has been success in curbing maternal and child mortality. Maternal mortality decreased from 1,730 to 789 (/100,000 live births) during this period. A similar trend has been recorded for child mortality, in which under five mortality rates decreased from 253 to 99 (/1000 livebirths), infant and neonatal mortality decreased from 150 to 64 and 65 to 39 respectively (/1000 livebirths).[1] The same survey shows that less than 20% of pregnant women were able to have at least one Antenatal Care Visits (ANC) by a skilled attendant and just around 11% delivered in health facilities. At the same time, Mother to child transmission of HIV reached worrisome levels and lacked appropriate interventions to support the nutritional status of the mother and the child. No data on anaemia and other micronutrient deficiencies is available, posing some limitations in the effectiveness of the programming.

Both acute and chronic malnutrition were serious with stunting above 30% and wasting above 20%.1 Poor Infant and Young Child Feeding practices are one of the key causes of child malnutrition.

Needs are substantial and it is apparent that there is an absence of even the most basic services in many parts of the country. The protracted conflict further exacerbated the rates of acute malnutrition due to the reduced ability of children under five, chronically ill persons, and pregnant and lactating women to meet their nutritional needs because of displacement and increased morbidity caused by disease outbreaks, lack of access to clean water, sanitation facilities and basic health services[2]. The estimated number of children suffering from severe acute malnutrition rose from a pre-crisis estimate of 108,000 to 229,000 in 2015 to 362,000 in 2016 and 276,000 in 2017 due to deteriorating food insecurity, displacement and the destruction of health, water and sanitation facilities along with underlying causes of suboptimal infant and young child feeding practices.

In line with the above considerations and the ongoing efforts of the Ministry of Health with the support of the Nutrition Cluster to improve both CMAM and the Maternal Infant and Young Child Nutrition situation in the country, the Tech RRT specialized assistance was requested to:

Key Outputs:  Bullet point the main outcome of the deployment

The specific objectives of the workshop were as follows

A total of 27 participants attended the workshop. Participants were made up of a combination of coordination and operational programme staff, from education, FSL, health, nutrition, protection & WASH clusters.

Day two focussed on technical aspects of integration for better nutrition outcomes. Sessions were held on Integration of nutrition with food security and livelihoods, with health, WASH, protection; and with education and early childhood development. During each session definitions and conceptual issues were presented, and participants then explored the experience of integration in South Sudan, as well as opportunities for greater integration; through plenary discussion and group work.

Through the participant engagement in days one and two, it was apparent that there is quite a lot of operational experience of varying levels of integrated programming in South Sudan, within and between agencies, and across clusters.

At the end of the training:

Each sector outlined some proposed points of action identified by the workshop participants to improve integration. This included, national, state and county level priority actions to facilitate integrated programming for better nutrition outcomes were put forward.

The education, food security, health, nutrition, protection and WASH clusters each identified proposed actions, for their respective clusters, that could be undertaken at operational level to improve integration

Many aspects of infant and young child feeding are far from optimal, mainly Initiation of breastfeeding, continued breast feeding at one and two years as well as introduction of semi solid foods. Inappropriate infant and young child feeding practices are among the most serious obstacles to maintain adequate nutritional status and contribute to high levels of malnutrition in South Sudan.  Majority of deaths during the first year of life are often associated with inappropriate feeding practices. To address this, and also support optimal mental development, UNICEF and MoH have developed MIYCN Strategy and Guideline documents to focus comprehensively on the preventative lessons and key areas of concerns including the components of essential nutrition services with the rollout of infant and young child feeding program to improve the feeding practices for children across all former 10 states of the country.

The deployment achieved the following 8 outcomes: 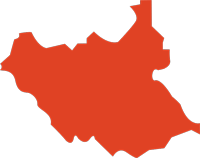